How Composite Sticks Have Changed Game of Hockey 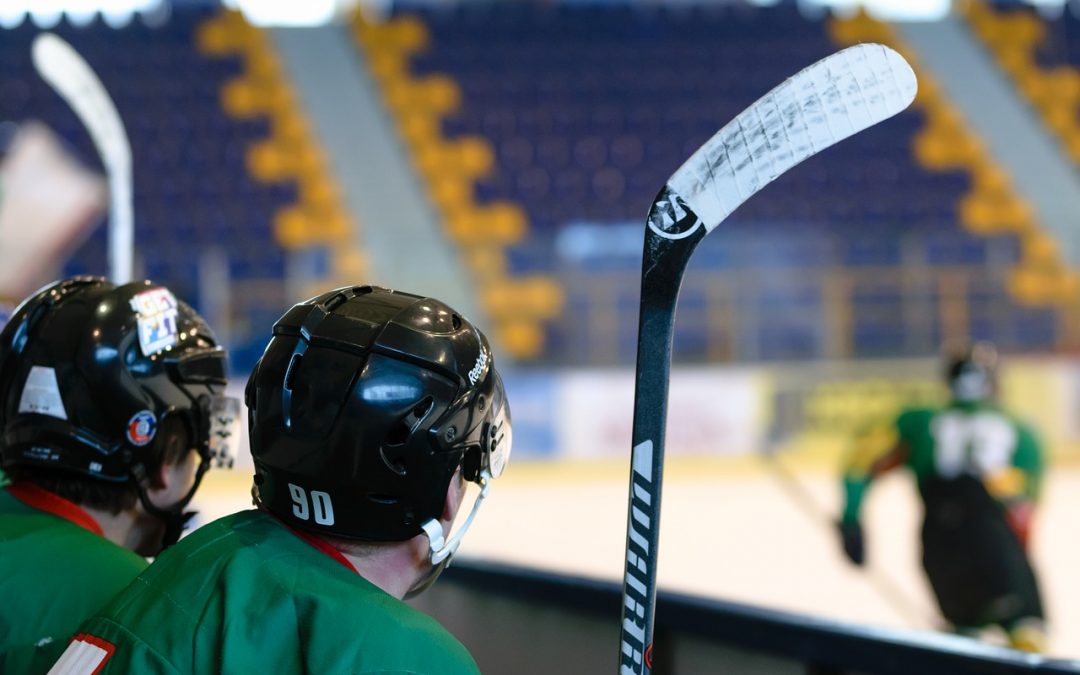 What is the best youth composite hockey stick available? Hockey is a special sport and has become a vastly popular pastime for millions. It combines skills on the ice, balance, speed, hand and eye coordination, and so much more. However, hockey sticks are just as important as ice skates and protective helmets. A good hockey player knows the importance of a hockey stick; it can make or break their performance on the ice and change their game entirely. Ask any hockey player and they will say it’s their stick that’s the most valuable tool to them while on the ice.

Learning about hockey from a young age is crucial because it allows players to get comfortable with the ice and develop their skills too. Young players also know the value of a good hockey stick and it remains with them throughout their playing careers. Young players want the best hockey sticks, but times have moved on from traditional wooden sticks and are no longer the favorite choice for players. It seems composite sticks are the most popular choice for the modern game.

How has composite hockey sticks changed the game of hockey and which youth hockey stick is the best?

The History of Hockey Sticks

Who doesn’t want the best stick? A youth hockey stick is a crucial piece of equipment for hockey players and investing in a good stick is necessary. While most modern players use a composite stick, they are quite new to the hockey scene. Back in the early 1800s, the first hockey sticks were manufactured in Canada and were handmade. The very first hockey sticks were truly amazing because they were expertly made by hand and were carved from wood. They were made well (from one single piece of wood) but were heavy.

The traditional wooden hockey stick was the only real choice hockey players had until the 1940’s when laminated sticks were introduced. Instead of the sticks being made from one piece of wood, there were several layers of wood glued together to create the stick. However, this manufacturing method made the sticks a little more flexible and lighter.

In the 1950s, the synthetic hockey stick was first introduced. Fiberglass was added to the sticks during the manufacturing process and that created a reinforced stick. They were widely used, especially in youth hockey and were a favorite for most players as well for several years. By the 1960s and ‘70s, curves became hugely popular and that lead to the creation of the slap shot.

Slap shots were widely used in professional and even youth hockey but were unpredictable, not to mention, wild. Synthetic materials continued to be utilized and were even included in stick shafts and blades which changed the face of hockey once again. Synthetic hockey sticks were considered to be among the best option for players. Parents looking for the best youth hockey stick often looked at synthetic sticks.

In the ‘80s, aluminum shafts become hugely popular and players relied on this type of stick. They were considerably heavier than wood and fiberglass hockey sticks but were popular. Aluminum sticks offered more durability, especially in youth hockey and that made them a firm favorite for most players.

In the ‘90s, composite hockey sticks were introduced and that changed the face of hockey forever. Traditional wood hockey sticks were ousted and by the end of the decade, most players were using a composite stick, even in the National Hockey League. In youth hockey, composite became a popular choice for those serious about becoming professional players. They were considered the best by many and continue to be a popular choice today.

What you might not be aware of is that the weight of the stick can impact the speed and ability of a hockey player.

How Have Composite Sticks Changed Hockey And Why Are They So Popular?

Composite changed the way people saw and played hockey. Players were able to develop their skills more effectively and learned more types of shots. Composite is lighter and far more flexible than wood and other materials. Also, it helps to improve a player’s shots, their power, and of course, their accuracy.

Modern hockey sticks are made from polymer resin graphite fibers and that enables them to be lighter. When these sticks were first seen, they offered power and people favored them because of it. They were also more effective, especially in youth hockey. These sticks are the preferred choice for many players and are among the best available. A lot of people looking for a new youth hockey stick want to buy a carbon fiber or composite stick.

Everyone has an opinion over aluminum, wood, and composite sticks and which are the best. Parents want to find the best youth hockey sticks for their children and carbon composite is hugely popular. Unfortunately, the truth of the matter is that the best comes down to the individual player and their style of play. Some, especially in youth hockey, start with the old hand-me-down stick they find in the attic and practice with that.

Usually, that means playing with the old-fashioned wooden sticks before moving onto advanced carbon and on from there. Younger players don’t always invest in a youth stick, but finding the best youth hockey sticks can be essential. Logically, a young hockey player could start with a hockey stick Bauer or another variety. Composite is useful and remains a popular choice for most players.

Youth hockey sticks vary considerably, yet, a composite stick is probably the best type available today. Parents and young players should invest in a good youth hockey stick so it’ll help them develop their skills. There are many good sticks for youth players, including:

Of course, the type of hockey stick you choose will depend on the player’s experience and skills. Beginners might want to start with the Bauer Vapor or a carbon fiber model before moving onto the Bauer Nexus, or vice versa. Again, it comes down to the type of player they are and their experience level. The Bauer Vapor S19 and the i2000 ABS hockey stick are suitable options as well.

Which Youth Hockey Sticks Should Youth Players Use?

Buying the right hockey stick for youth hockey players is essential, but difficult since there are many sticks available. Options include:

Youth hockey players have many options available to them and not just the ones above. The CCM Jetspeed remains a popular choice, but there are lots more available, including the Warrior Alpha and the Bauer Nexus. When choosing a hockey stick, there are many factors to consider, including the stick length. Take all those factors into consideration before buying.

The Struggle behind the Choice

What Stick Do Most NHL Players Use?

NHL players use a wide variety of sticks, including:

If you’re looking to buy a new hockey stick, you could always purchase one of the more popular sticks professional NHL players’ use. However, if you’re aiming to buy a hockey stick for a younger player, it needs to suit their abilities. It might seem strange, but every player requires a specific type of stick for their play so that’s essential to consider.

How to Buy the Best Hockey Stick?

One of the first things to look at is the feel of the stick. Is it suitable for your style of play and does it feel right when you pick it up? The feel of the stick is essential and something you need to take into consideration also. Durability and the length of the stick are two crucial factors to consider as well. Ideally, you want something that’ll last the season or more so there’s value for money.

While money matters it shouldn’t be the only factor that drives your buying decision. For instance, if you see a hockey stick and it’s just under a thousand dollars, don’t let the high price tag put you off. At least, find out more about the stick and whether it’ll be suitable for you; essentially, all factors must be taken into consideration before ruling one out.

Buying is easy but you need to get it right. Take your time and find the right and most appropriate hockey stick.

Hockey has come a long way since the early wooden sticks from the 1800s and it’s interesting to see how they’ll evolve next. Over the years, hockey has constantly evolved because of the equipment used. Composite has made a major impact on the sport as they’re lighter, stronger, and can offer more flexibility to players worldwide. A composite hockey stick is one to consider and certainly one that offers value for money. 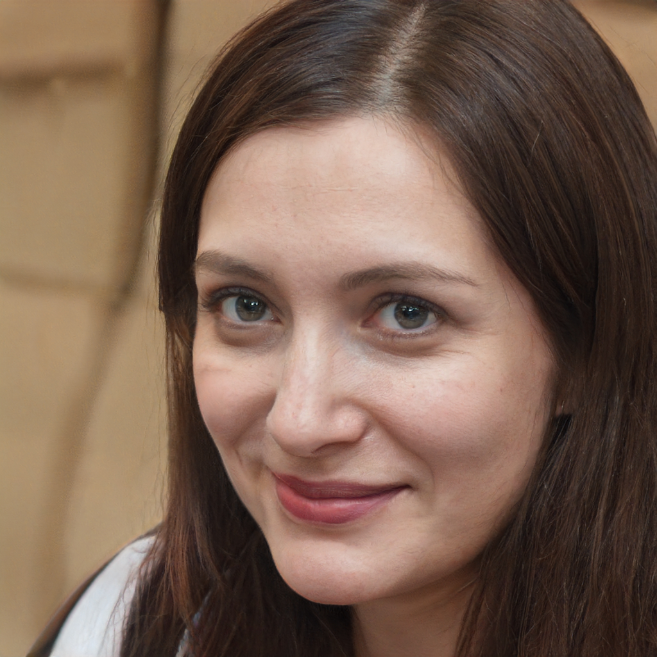 I am  Kimberly D. Sciortino . I am a Modeling Coach In USA. I am here to help you. Feel free to ask any quetions. I will reply you as soon as possible.

Welcome!
My Name Is Brian M. Perez. I am a hammock specialist. Here have everything about hammock .